The recently published Gender Gap Report 2012 indicates that Mexico still has considerable work to do, though its gender gap is closing. The report does not reveal much about the quality of life of females in different countries, rather it focuses on the “gap” between females and males. For example, women in Japan have a relatively high quality of life, but the gap between them and Japanese men is very large. Thus Japan ranks 101st out of 135 countries. 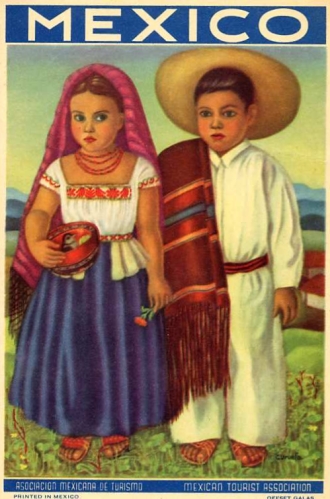 The top ten in the list (smallest gender gap) are the five Scandinavian countries, along with Ireland, New Zealand, the Philippines, Nicaragua and Switzerland. Canada and the USA are ranked 21st and 22nd. Among Mexico’s chief competitors, Argentina is 32nd, Russia is 59th, Brazil is 62nd, China is 69th, India is 105th and South Korea is 108th. The very bottom of the list is dominated by Islamic and many Sub-Saharan African countries.

The report indicates that Europe (including Canada and USA) ranked the highest, followed by Latin America (and the Caribbean), Sub-Saharan Africa, Asia and Pacific, and Middle East and North Africa, a rather distant last. Among 26 Latin American and Caribbean countries, Mexico ranked a relatively low 20th. Clearly, Mexico has a gender gap problem.

The Gender Gap Index is a composite index. It includes four sub-indexes, which are combined to get an overall score which is used to rank countries:

In health and survival Mexico ranks a rather surprising 1st tied with 31 other countries. This means that Mexican females are unsurpassed with respect to sex ratio at birth (female/male) combined with female life expectancy (female/male). This is quite impressive. Perhaps males getting killed in drug and other violent activities helps Mexico’s score on this sub-index. Not surprisingly, China ranked 132nd and India at 134th are right near the very bottom.

On the down side, Mexico is ranked 113th in female economic participation and opportunity, though it has improved significantly. This index covers wage equality as well as proportion of female legislators, senior officials and managers, as well as professional and technical workers. Grouped near Mexico are Chile (110th), El Salvador (112th), Guatemala (114th), and South Korea (116th). Perhaps most telling is that female workers only earn 45% of what males do performing similar work. The percentages are worse in some other countries: Korea (44%), Indonesia (42%), Turkey (30%), India (27%), Pakistan (21%) and Saudi Arabia (17%). Less than a third (31%) of Mexican legislators, senior officials and managers are female, compared to 59% in Jamaica, 43% in the USA, 36% in Canada and Brazil, 23% in Argentina and only 10% in Bangladesh, Turkey and South Korea.

In the educational attainment sub-index Mexico ranks 69th. Its index score was just a fraction higher in 2007, when Mexico was ranked 49th. The report indicates that 98% of appropriately-aged females and 98% of males are enrolled in primary school. It shows that 73% of Mexican females are enrolled in secondary school compared to 70% of males. At the tertiary (college) level the percentage is 28% for both genders. These data seem very impressive, but in many other countries there are far more females enrolled than males; for example, in Uruguay the reports says that females lead male enrollments at the tertiary level by 81% to 47%. Despite Mexico’s rank of 69th, Mexico’s so-called gender gap in education does not appear to be a major concern.

Mexico’s political empowerment score improved significantly since 2011 and its rank went from 63rd to 48th apparently because the number of females in ministerial level positions went from 11% up to 21%. Relatively near Mexico are Canada ranked 38th, Australia (42nd), Colombia (51th), Pakistan 52nd),  Israel (54th), USA (55th) and China (58th). We imagine that the rankings of Canada, Australia, Pakistan and Israel were greatly helped because they have all had a female head of state in the last fifty years.

In conclusion, Mexico is making solid progress in closing its gender gap, but there is still plenty of work to be done.

Source:  The Global Gender Gap Report 2012, Hausmann et al. Page 267 of this pdf file has data on the female situation in Mexico.