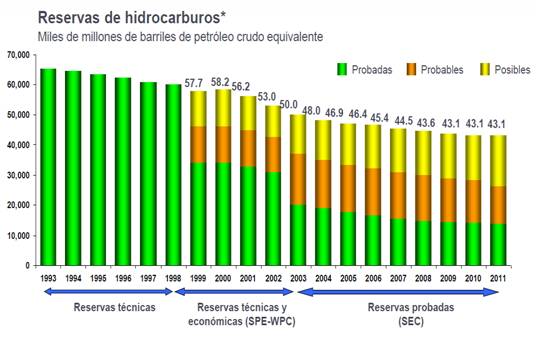 Mexico has proven reserves of 13,810 million BOE, sufficient for 10.2 years. The size of these reserves compares favorably with proven reserves in the USA, which will last 11 years at current rates, or in the U.K. and Norway, where proven reserves will be exhausted within a decade.