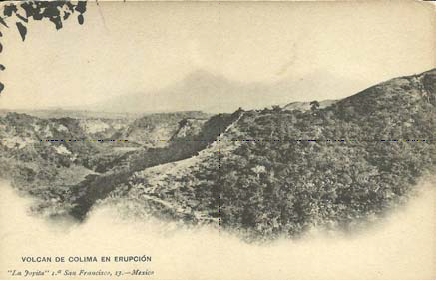 The postcard was published by a curio store – La Joyita – based in downtown Mexico City at 1ra de San Francisco #13-14. Described by The Mexican Herald in 1898 as one “of the most interesting stores for visitors to be found in the Republic”, it was one of two stores belonging to F. Pardal and Co. and specialized in Mexican opals, drawn work, silver filigree, and other items as well as ancient French and Spanish fans and silk shawls.

For more information about Mexico’s volcanoes: