Plans to expand Mexico City’s metro network, announced by the federal government, will require investments totaling around 2.8 billion dollars. The first contracts are expected to be awarded next year, with most projects due to be completed by 2018, the final year of this administration. 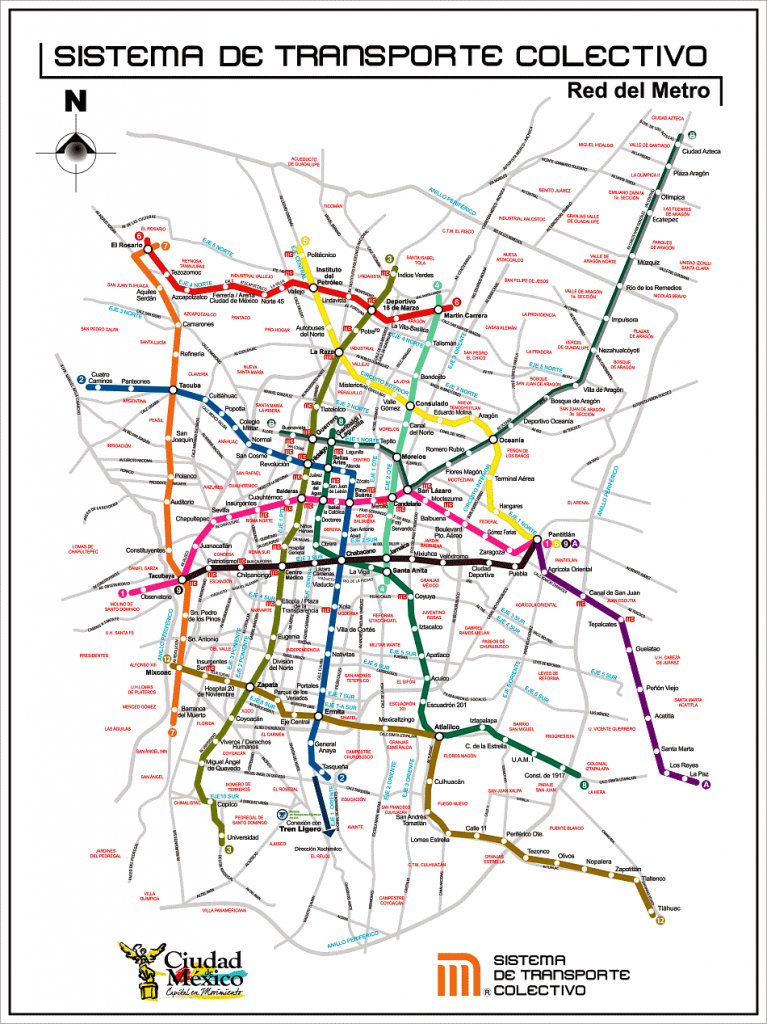 Metro Line A (Pantitlán to La Paz) will be extended 12.9 kilometers to the southeast, with six new intermediate stations, to Chalco in the state of Mexico, at a cost of about 1 billion dollars. [Update – March 2016 – officials have described the proposal to extend line A as “cancelled“]

The lengthening of Metro Line 4 (Martín Carrera to Santa Anita) northeastwards to reach Tepexpan will require investments of 1.5 billion dollars and add 19 intermediate stations as well as a terminal in Tepexpan. It will have improved links to other Metro and Metrobús lines.

Metro Line 12 will be extended northwards beyond its present terminus in Mixcoac to include new two intermediate stations and a new terminal station in Observatorio. This line will improve transit through Observatorio for passengers, including those using the future high-speed train link between Toluca and Mexico City.

Note that the elevated (above ground) southern section of Metro Line 12 between Tlahuac and Atlalilco stations, closed for repairs since March 2014, remains closed and is not expected to reopen until the second half of 2015. A replacement bus system has been established between those stations.