Like most geographers, I collect maps and information wherever I travel; you never know what surprises await. Tourism publications are especially interesting since they are specifically designed (one assumes) to show the best side of the places described.

My collection of tourist brochures associated with Jalisco and the Lake Chapala area dates back more than thirty years. Many early versions had stylized maps, drawn by graphic designers, not cartographers, with sound (if uninspiring) text in Spanish. English translations were often unintelligible. In the 1980s, several bilingual members of the now-defunct Association of Travel Reporters, based in Guadalajara, offered to help the Jalisco State Tourism Department improve its translations, but the offer was politely declined. 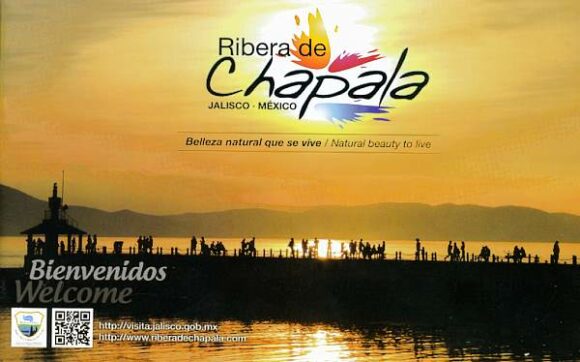 As this latest brochure relating to Lake Chapala shows, translation standards have not improved significantly since then, and remain a long way off “native speaker” level. This is particularly unfortunate, given that this area of Mexico has the largest concentration of English-speakers in the country.

Here, for example, is the English translation of the attractions of San Juan Cosalá:

One has to closely experience San Juan Cosalá in order to feel and enjoy it to the most, so come and discover a place you will never want to leave, for every happy moment can be lived here, as just by visiting you feel enveloped in an affluent of joy and vitality.

In getting to know it, just stroll across its Pier, or admire the harmonious architecture in San Juan Evangelista Church, or enjoy the exquisite aromas of seafood, bouncing from restaurants enlivened with fine music while walking over the Piedra Barrenada (Drilled Stone); or the rest;  freshness and fun offered in thermal waterparks and world level spas. 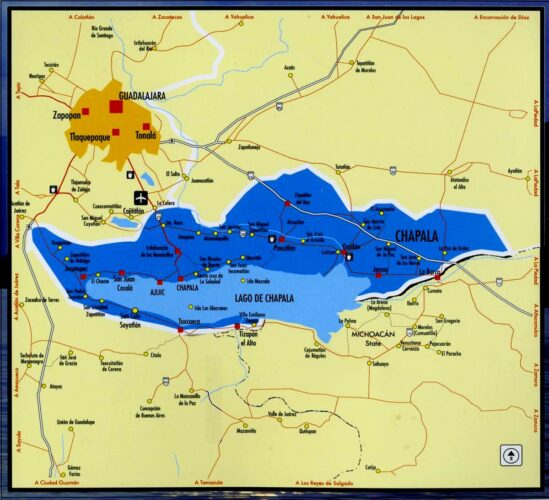 The cartography (above) also leaves a lot to be desired. A key (not shown in this post) is provided but the Jalisco Tourism department clearly needs to hire a geographer if they want to publish useful and meaningful maps. Details worth noting include:

It is 2016, and Jalisco State tourism officials still need to improve the quality of their brochures and maps. Come on guys! Time to up your game!