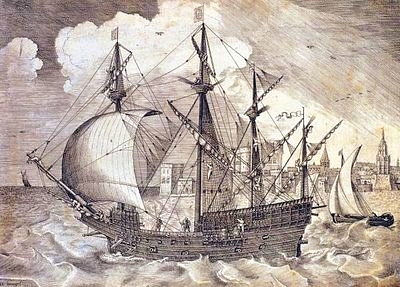 As well as vocabulary, some aspects of Mexican cuisine, customs and dress were also introduced to the Philippines, along with a variety of plants and flowers. In addition, the Filipino currency has the same name as Mexico’s: the peso.

Mexico’s long connection with the Philippines – exploration, seafaring and geopolitics

A large number of Filipinos migrated in the other direction, escaping from their life of servitude aboard a galleon by jumping ashore on the coasts of Colima and Guerrero. One sizable Filipino community settled in Coyuca, on the Costa Grande, 50 km north of Acapulco. Coyuca was apparently known as Filipino Town at one point in its early history.

The Filipinos settling in Mexico introduced mangoes and a game called “cara y cruz” (heads and tails). The settlers were known locally as “Chinese Indians” and brought their expertise in the cultivation and use of palm trees with them. In Tagalog, palm fronds are known as “palapa” and by the end of the 18th century, this name was in use, too, for the palm-roofed shelters which remain a distinctive style of architecture along Mexico’s coasts.The coconut palm’s sap is known locally as tuba. Filipino newcomers fermented the resulting coconut wine into a potent drink. Henry Bruman, a University of California geographer, documented how Filipino seamen on the Manila Galleon also introduced simple stills, for making coconut brandy, to western Mexico during the late 16th century. These techniques were quickly adopted by Mexicans who were then able to turn the hearts of their native agave plants into tequila.

This is an excellent example of how developments in transportation can encourage cultural exchanges, and diminish the social, economic and cultural distance between places.

According to some historians, Mexico’s “China Poblana,” the woman who supposedly arrived from the East as a slave during the early 1600s and subsequently captured the hearts and minds of the people of Puebla, was actually a Filipino noblewoman who had arrived in Mexico aboard one of the Spanish galleons.

Mexico’s independence from Spain (1821) brought an end to the Manila–Acapulco galleons, though the network of shipping links then expanded from Veracruz to New Orleans and New York.

Mexico-Phillipines friendship has continued down the years.

For instance, in the second world war, several Mexican air force pilots, in the elite Escuadrón 201, were sent by the US government to lend their support in the Philippines. The pilots were decorated by the Philippine’s government for their heroism.

The development of Mexico’s transportation system is discussed in chapter 17 of Geo-Mexico: the geography and dynamics of modern Mexico. Its cultural geography is the subject of chapters 10, 11 and 13. Ask your library to buy a copy of this handy reference guide to all aspects of Mexico’s geography today! Better yet, order your own copy…

12 Responses to “Cultural exchanges between Mexico and the Philippines”