The quality of housing in Mexico has improved significantly in the past two decades. By the 2010 census, 97.8% of Mexican households had access to electricity, compared to 95.0% in 2000 and 87.5% in 1990. That this figure is approaching 100% is a real accomplishment given that many Mexicans live in very isolated mountainous communities. As of mid-2010, 93.5% of rural households had electricity, compared 98.2% for towns between 2,500 and 15,000 and over 99% for larger towns and cities. Anyone who has lived without electricity knows what an incredible improvement it can make to one’s comfort and quality of life.

The vast majority of rural houses now have piped water. In the 125 least developed municipalities in rural Mexico, over 63% of households have piped water, which is one of the most important factors for improved family health. Almost 39% of the households in these poor municipalities have sewers, a convenience that most rural residents now have. However, about half of all rural households still cook with firewood or charcoal.

Rural households are gaining increasing access to modern electrical conveniences. Almost 80% now have a television set, 62% have a refrigerator, 42% have a washing machine, and 36% have a cell phone (only 17 % have a wired telephone line). While these percentages are significantly higher in urban areas (TVs – 97.5%, refrigerators – 91.7%, washing machines – 78.4%, and cell phones – 78.4%.), life in rural Mexico is improving dramatically. However, rural areas are lagging significantly in access to the cyber-age. Only 6.8% have a computer in the house and 2.5% have internet access. Urban access is much higher: 42.7% for home computers and 33.1% for internet access. On the other hand, many rural households gain access to computers and the internet by using cyber-cafes, which have spread rapidly into small Mexican communities. 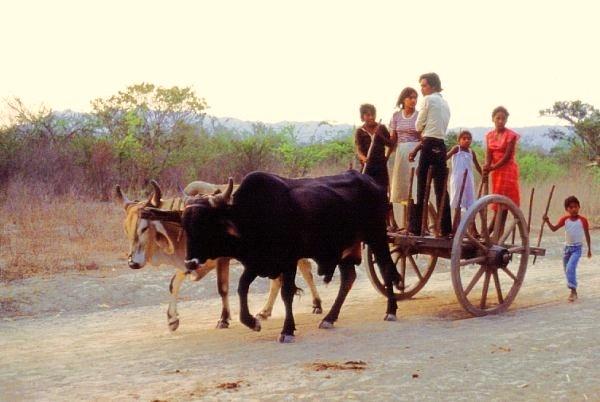 Mexico’s cities and towns are analyzed in chapters 21, 22 and 23 of Geo-Mexico: the geography and dynamics of modern Mexico. Rural Mexico is the subject of chapter 24. Living standards, including housing, are discussed in chapter 28. Buy your copy today!!

One Response to “Impressive improvement of housing, especially in rural Mexico”