The 2010 census provides many indicators of minimal housing quality such as sanitary drainage (indoor drains and toilets), electricity, piped water, overcrowding, and dirt floors. A previous post discussed the rapid expansion of household electricity, especially in remote areas. This post focuses on the other measures of housing quality, and considers three different scales: national, state and municipality.

All measures of minimal housing quality improved significantly between 2000 and 2010. The proportion of Mexicans living in houses without sanitary drainage went from 9.9% in 2000 all the way down to 3.6% in 2010, a decline of almost two-thirds. Those without piped water went from 11.2% to 8.6%. It is interesting that many Mexicans that have indoor toilets do not have piped water. The reason for this is that sanitary drainage needs only pipes and gravity while piped water requires pressure-holding plumbing, and pumps driven by either electric or diesel power. Those without piped water must carry water into the house either by bucket or take delivery from a pipa (water truck).

The availability of both sanitary drainage and piped water are extremely important to health, particularly infant health. When a household has piped water, it uses far more water for bathing and mopping, as well as for cleaning food, utensils, clothing etc. This results in far less contamination and disease.

The number of Mexicans living in houses with dirt floors declined by over half, dropping from 14.8% down to 6.6%. Dirt floors are also associated with greater contamination and disease. Overcrowding, defined as more than two persons a room, is still an issue in virtually all areas of Mexico. The proportion living in homes with more than two persons a room went from 45.9% in 2000 to 36.5% in 2010. This is a significant improvement, but more than a third of Mexicans still live in overcrowded housing. 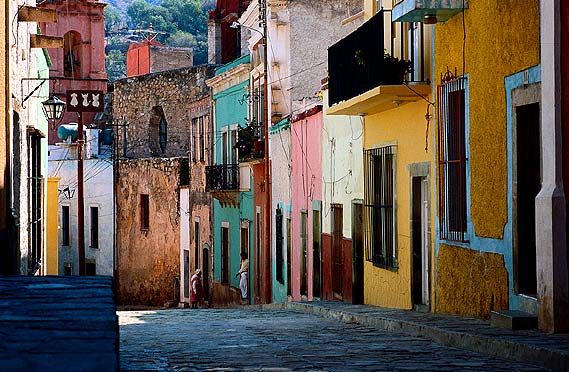 Progress in providing piped water was far less impressive. The situation is worst in Guerrero where the proportion without piped water actually increased from 29.5% to 29.8%. The situation also deteriorated in Morelos (7.3% to 8.2%), Baja California Sur (6.3% to 7.1%), Quintana Roo (5.3% to 6.2%) and the Federal District (1.5% to 1.8%). These states experienced the expansion of low quality informal housing without piped water.

The situation in Mexico’s poorest municipalities

Housing is particularly bad in Mexico’s 100 poorest municipalities, which tend to be rural communities occupied by indigenous groups. On average, 21% of the 1.5 million residents of these municipalities do not have sanitary drainage, 47% lack piped water, 64% live in overcrowded housing, 33% have dirt floors and 19% lack electricity.

Some of these poor communities now score quite high on some housing variables. For example, in 20 of the 100 municipalities, 98% have sanitary drainage; however in 10 of these 20, over half the people lack piped water. On the other hand, in five of the poorest 100 municipalities, over 90% of the people have piped water. In nine of the 100, less than 15% live with dirt floors. These data reveal that poor housing in Mexico is characterized by a variety of different deficiencies. However, one conclusion is clear: overcrowding remains a problem in all the poorest 100 municipalities. In only seven of the 100 is overcrowding less than 60%; it is over 80% in 78 of Mexico’s 100 poorest communities.