Considerable attention has been focused on Mexico’s obesity problem (see “Soft drinks, obesity, diabetes and public health in Mexico”). Obesity in adults is defined by the World Health Organization (WHO) as a Body Mass Index (BMI) greater than or equal to 30, where BMI is defined as a person’s weight in kilograms divided by the square of his height in meters (kg/m2).

Mexico’s very high adult obesity rate of 30% is increasing every year. It is related to many factors, including increased consumption of processed fat and sugary foods. The average daily calories consumed by Mexican adults increased from 3102 in 1988 to 3266 in 2007.

Rates of “overweight” and “obese” adults in Mexico

Obesity is quite complicated and may involve numerous heretofore unknown factors. The data are sometimes confusing. For example, Italian adults, with an obesity rate of only 10%, consumed on average a whooping 3646 calories per day in 2007, 380 more than Mexicans, whose obesity rate is three times that of Italy. (The data in this and the next paragraph come from Table 1 of the Milken Institute’s “Waistlines of the World”, August 2012). French adults consume far more calories than Mexican adults, and more fat the US adults, but their obesity rate is much lower, at only 11%. Furthermore, the French consume 50% more alcohol than Americans and almost three times more than Mexicans and yet they are much thinner. Though adults in Norway consume more calories than Mexicans (3169 versus 3102) their obesity rate is only a third that of Mexico (10% versus 30%). Obviously calorie intake is not the only factor and may not be the most important factor. 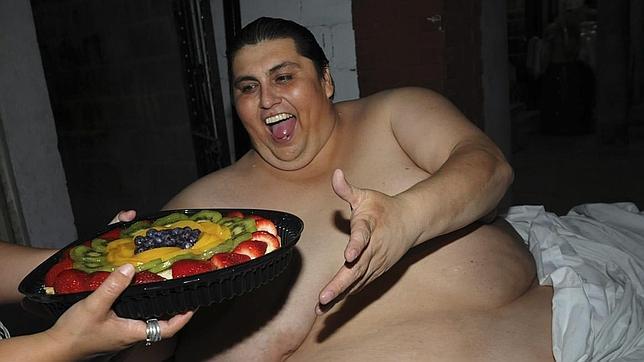 How does Mexico’s growing obesity problem compare that of other countries? Data compiled by the World Health Organization (used by Procon.org to compile “US and Global Obesity Levels: The Fat Chart)”) and the OECD in “Waistlines of the World“ provide a basis for comparing obesity rates in numerous countries (though see note [1] for reservations about using data from different years).

The data indicate that Mexico ranks 12th of 88 countries with an adult obesity rate of 30%, defined as body mass index (BMI) of over 30. While 12th of 88 does not sound so bad, the top six on the list are small island countries with obesity rates from 41% to 79% (Nauru, American Samoa, Tokelau, Tonga, Kiribati and French Polynesia). Also higher than Mexico are the relatively small countries of Panama and the United Arab Emirates. If these small countries are excluded then Mexico ranks 4th among major countries behind only Saudi Arabia, the USA and Egypt (see table).

The global data suggest that the obesity problem is most serious in Pacific Island nations, North America and the Middle East (including North Africa). It is also becoming a problem in several European and Latin American countries. It is less of a problem in Asia and Sub-Sahara Africa.

In conclusion, obesity is a very serious problem for Mexico today, and arguably one of the biggest problems facing humanity in the 21st century along with climate change and poverty.

There are some significant differences between the WHO and OECD data sets. For example the WHO data for Mexico are from 2000 while the OECD data are from 2006. For our comparisons we use the most recent data available from the two data sets. Though obesity is an extremely important international problem, reliable data is not collected frequently in many countries. Obesity rates are based on measured height and weight, and are invariably higher than rates based on self reported height and weight. In our table, measured values are used for: the USA, Mexico, Australia, Canada, UK, Japan and South Korea; we are not sure about the rates for other countries.

For an updated post on this topic, with more data, please see: Mexico the 4th most obese country in the world

2 Responses to “Obesity in Mexico compared to other countries: bigger is not better”