The press release from the National Geographic summarizes a lifetime’s dedication to the Sierra Gorda region of the state of Querétaro:

Martha “Pati” Isabel Ruiz Corzo founded Grupo Ecológico Sierra Gorda (GESG), a local grassroots organization, with her husband and local residents in 1987 to rescue the Sierra Gorda bioregion in Mexico from the destruction of unregulated development. GESG has set the standard in Mexico for a “conservation economy,” establishing a new paradigm in natural protected area management with widespread local community participation.

GESG is a living model of community-based conservation management. Thanks largely to GESG’s efforts and Ruiz Corzo’s leadership, the Sierra Gorda — comprising a third of Mexico’s Querétaro State and considered the area with the most ecosystem diversity in Mexico — is now a UNESCO and federal Biosphere Reserve and is the largest federal protected area with participatory management in the world. It spans 1 million acres, and its 35,000 residents own 97 percent of the Reserve’s territory.

Ruiz Corzo’s efforts to include local communities in the management of the Reserve make her a pioneer in the conservation field. Her leadership has created opportunities for rural, low-income communities in the areas of ecotourism, reforestation, soil restoration, ecological livestock management and other profitable microenterprises.

Over the past 25 years, GESG has organized environmental education for the community members, who regularly take part in clean-up campaigns, solid waste management, soil restoration and other conservation activities. Community volunteers operate 115 recycling centers. Thanks to the residents’ stewardship of the Reserve, more than 13,000 hectares of regenerated forest and woodland has been recovered over 15 years.

Ruiz Corzo and her team have developed online and on-site courses that allow others to replicate the GESG model, which is now being applied beyond the borders of Mexico.

Ruiz Corzo also has pioneered the concept of valuing the “natural capital” of the region — the Sierra Gorda has been validated by the Rainforest Alliance and is the first forest carbon project to achieve this milestone in Mexico.

The Sierra Gorda Biosphere Reserve covers 383,567 hectares of the state of Querétaro. Eleven core protected areas have a combined area of 24,803 hectares with 358,764-hectares of buffer zone surrounding them. The reserve is home to about 100,000 people (including cattle ranchers, seasonal farmers and forestry workers) living in 638 settlements in five municipalities:

The reserve is ecologically diverse, with a large number of distinct ecosystems; it is one of the most biodiverse areas in central Mexico. The major reason for such diversity is that the reserve straddles the Nearctic and Neotropical bio-regions. It ranges in altitude from 300 meters above sea level to more than 3,000 meters. The reserve has 14 distinct vegetation types, home to 6 feline species (including the jaguar) and 334 bird species.

Forestry is controlled, but illegal logging persists, especially on the fringes of the reserve.

Out-migration has reduced population pressures on the reserve, and remittances have helped raise household incomes, so decreasing local demand for wood as fuel in favor of gas. 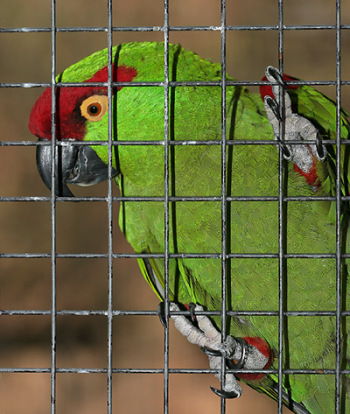