In an interesting recent article, Melanie Lombard of the Global Urban Research Centre of the University of Manchester in the UK describes how she used the fieldwork technique of auto-photography to explore the views of people living in two informal settlements in Xalapa, the state capital of Veracruz.

Auto-photography is not the same as selfies! In auto-photography participants take photographs, choosing images and representations for themselves. Auto-photography typically entails a researcher giving cameras to research subjects and then asking them to photograph particular places and/or events.

Visual images are of great importance in geography. Geographers have utilized photographs and other images in their research and teaching for decades, paying considerable attention since at least the 1950s to the ways in which people respond to particular images, and how they interpret them. Auto-photography follows in this long-standing geographic tradition of recording and analysing visual images.

In other words, auto-photography is one way to challenge the assumptions and generalizations often made by “outsiders”, even if they are researchers with the best intentions! 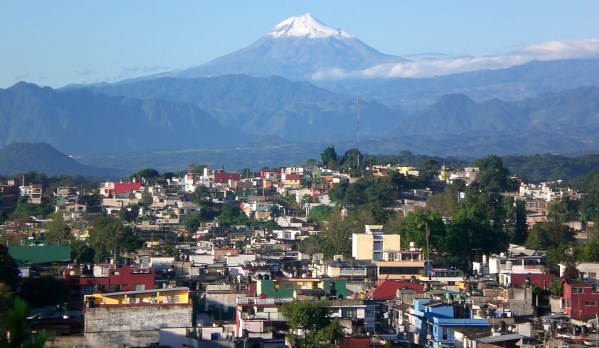 What method did she use?

Participants were given a camera and asked to take at least three photos to illustrate each of the following:

Cameras were given to six selected individuals who were given a week to take a series of photos. During a follow-up interview, participants were asked about their motivations for having chosen particular locations to illustrate their neighborhood’s positive and negative aspects.

As Lombard points out, unlike the typically “negative framings” of informal settlements in most discussions, the images taken by the residents “convey a sense of everyday life taking place, amid hope and conviviality, as well as struggle and hardship”. Interestingly, photos of the local schools were taken by 5 of the 6 participants, with one 16-year-old teenager explaining how “in such an isolated neighbourhood, school is a service as significant as water or electricity”. There is a valuable lesson to be learned from the stark contrast between a photo of Loma Bonita school taken by the researcher, in which the school’s building and location are emphasized, and an image of the same school taken by one of the participants, who chose to photograph a group of students, accompanied by a teacher, engaged in a cultural activity in the playground.

Photos illustrating positive aspects of the neighborhood including a resident working a small plot of land for corn (maize) and one of a family butchering a pig. Such images underline the importance, as Lombard points out, of “understanding poverty from the point of view of the poor”, suggesting that residents view their neighborhoods not only as sites of hardship and discrimination, but also as “an important base for livelihoods”.

There are several financial and ethical considerations that also need to be considered. For example, should a financial reward be offered to participants? Might the offer of a financial reward change the level of commitment of participants and affect their choice of subject matter? In the context of Lombard’s study, she opted to give a copy of all photos to each participant, as well as giving them the opportunity to keep the camera that had been provided.

Lombard’s article is a valuable addition to the literature about qualitative fieldwork methods, though (as she takes pains to point out) the method does present “a set of specific ethical challenges” and the results of such studies may be difficult to interpret.