Mexico’s future is largely dependent on the quality of future citizens and consequently on the quality of its current education system. The Mexican economy has done quite well in recent years because it has a productive work force that is willing to work for relatively reasonable wages. While China previously had a workforce productivity advantage over Mexico, that advantage has essentially vanished. Therefore, many companies are moving their manufacturing operations from China to Mexico.

The Programme for International Student Assessment (PISA), coordinated by the OECD, evaluates national education systems every three years by testing 15-year-olds in reading, mathematics and science. The most recent assessment in 2009 investigated students in 65 countries, including the mostly high income 34 OECD countries.  (The 2012 results will be released in December 2013).

In 2009, the following countries ranked in the top ten in all three categories (reading, mathematics and science):

How do Mexican 15-year-olds stack up against students from these other countries?

The Mexican students did not do quite as well in mathematics. They ranked 50th with a score of 419. This placed them significantly behind the USA (31st, 487) and Russia (38th, 468). Mexico was also below Turkey (43rd, 445) and just behind Chile (49th, 421). As with reading they were ahead of Argentina (55th, 388), Brazil (57th, 386), Colombia (58th, 381), Indonesia (61st, 371) and Peru (64th, 360). Only one country was below Peru, namely Kyrgyzstan (65th, 331). It is important to remember that this sample includes mostly European countries, only one African country, Tunisia; no South Asian Countries, and only two Middle Eastern countries, Israel and Dubai. Mexico would look considerably better if it were compared with all countries in the world.

If Mexico is going to compete in the globalized world economy, it must continue to improve its education system. Recent efforts have accomplished a great deal, raising the average amount of schooling of its citizens to 8.6 years. Future efforts should focus as much attention on improving the quality of education.

Next week, clear skies permitting, a Transit of Venus will be visible from all of Mexico (as well as the USA, most of Canada, etc). During a transit of Venus, the planet Venus passes slowly in front of the sun from the perspective of a viewer on Earth.

CAUTION: Never observe the sun directly, even during a transit of Venus, or your eyesight may be permanently damaged. Transit viewers should take similar precautions to those needed to observe an eclipse.

Such events are rare. This will likely be the last chance to see one in your lifetime since the next transit of Venus will be in more than 100 years time!

Back in the eighteenth century, scientists from France anxious to observe the 1769 transit of Venus were forced to seek permission from Spain to join a party of Spanish astronomers setting up a temporary observatory in a Spanish colony which was predicted to offer the best views. These astronomers congregated at a site very near the present-day settlement of San José del Cabo on the southern tip of the Baja California peninsula. A short distance away, a creole astronomer Joaquín Velázquez de León, who had traveled from Mexico City, set up camp to make his own independent observations. Scientific trips at this time were not without their perils; only days after the transit, three members of the Franco-Spanish party, including the two principal astronomers, died after contracting yellow fever.

The next transit of Venus occurred in the year 1874. Mexico has a particular connection to this transit. To observe this event, and take scientific measurements, Mexico’s first ever international scientific expedition was undertaken. A distinguished group of Mexican scientists traveled to Japan to study this event. By the time they returned, they had been all the way around the world.

Mexico has a long history of astronomy. Several indigenous groups, including the Zapotecs in Oaxaca and the Maya in the Yucatán Peninsula undertook sophisticated astronomical observations, enabling the successful prediction, not only of annual events such as the summer solstice, but also of longer-term phenomena such as eclipses. Mexico (admittedly not called that at the time!) hosted one of the earliest international astronomical conferences in the world.

According to some, the Maya predicted that the world will come to an end on 21 December next year. The claims are based on the fact that the current Maya calendar cycle “ends” on that day. The Maya have several simultaneous calendar counts. Each long cycle count, or B’ak’tun, lasts 394.3 years. The very first B’ak’tun began on 11 August 3114 BC, the date when the Maya believe they were created. The 13th B’ak’tun ends on 21 December 2012, hence the concern propagated by panic-mongers.

The Maya themselves don’t seem too worried by these alarmist claims. They worked out years ago that their 14th B’ak’tun cycle will start the next day, 22 December 2012, and run to sometime in 2406. On the other hand, is it just a simple coincidence that on 21 December 2012, at the exact moment of the winter solstice at 23:11 UST, the sun will be precisely aligned with the center of the Milky Way galaxy, as seen from Earth— the first time this has happened for 26,000 years?

Will the claims be proven true? Unlikely, but perhaps we won’t plan to write any posts about the geography of Mexico for publication after 22 December 2012 until we’re absolutely sure…

Need more evidence about the Maya prediction? As a starting-point, try:

The 4th Assessment Report (2007) of the IPCC (Intergovernmental Panel on Climate Change) involved the contributions of 2,500 scientists from 130 countries. The number of Mexican scientists participating was higher than the number from many richer countries including Spain and France. Sixteen Mexican scientists were involved in writing the 4th IPCC report. Ten of the sixteen hold positions at UNAM (the National University in Mexico City), making UNAM one of the institutions in the world with the highest rate of participation.

The 16 Mexican contributors were: 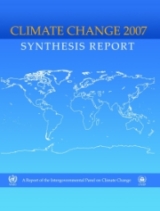 Many of the same scientists have now been confirmed as members of the international team developing the 5th Assessment Report of the IPCC. In addition, the following newcomers have also been appointed:

Mexico’s diverse climates are the subject of chapter 4 of Geo-Mexico: the geography and dynamics of modern Mexico. Water availability, rivers, aquifers, water issues and hazards are analyzed in chapters 6 and 7. Buy your copy today!