“Organic” has come to mean very different things in different countries, but the essential common element is that it uses no synthetic fertilizers, hormones or pesticides. In the USA, the term “organic produce” also requires that farmers protect water resources, though this is hard to define and at least as hard to enforce.

The Baja California Peninsula receives very little rainfall, so irrigation water for its organic farms comes from underground aquifers. The profitability of these new farms relies on the availability of irrigation water and on the proximity of the region to the lucrative US market for organic produce.

The new farms may be “organic”, but the bigger question, examined by Elisabeth Rosenthal in Organic Agriculture May Be Outgrowing Its Ideals, in the New York Times is, “Are these organic farms sustainable?” Rosenthal looks in some detail at whether or not organic farms protect the local environment and the livelihood of local farmers. The article discusses the extreme stress being placed on the area’s ground water reserves. Some farmers are already in trouble because their wells have dried up. More than one-third of aquifers in the southern part of the peninsula are officially classified as “over-exploited”.

Growers blame the area’s tourism industry for the water shortages, arguing that hotels and golf courses gobble up far more than their fair share of the precious resource. Despite the aridity of the southern section of Baja California Peninsula, the southern coast, centered on Los Cabos, has far more golf courses per unit area than anywhere else in the country.

The “organic” label also takes no account of the emissions involved in production and transport of fruits and vegetables to the marketplace; export-oriented horticulture in the Baja Peninsula is an energy-intensive enterprise. Adding to the unsustainable side of the argument, some of the organic farms practice “monoculture”, growing a single crop year after year on the same land, a system known to lead to soil depletion and increase the risk of pest-related problems.

On the other hand, the new farms also provide an alternative source of jobs to tourism. Del Cabo, which has a cooperative packing plant in San José del Cabo and trucks or flies more than 7 metric tons of produce to the USA every day, is able to help its members by supplying high-quality seed, and employing specialists in plant raising and plant diseases who act as consultants to individual farmers as required. Del Cabo criticized the New York Times story for its numerous inaccuracies regarding water usage and sustainability.

Conscious of the water issues, many of these modern organic farms employ sophisticated, water-conserving irrigation systems, such as computerized drip irrigation. They also grow many crops under shade. Such systems are expensive to install and maintain, so most of the bigger producers are US-owned companies.

In Organic Tomatoes in January: Sucking Mexico Dry, in Mother Jones, Tom Philpott compares the situation in Baja California with that in “another region famous for winter tomatoes and dirt-cheap labor costs: Immokalee, Florida, source of a huge percentage of non-organic winter tomatoes consumed in the United States.” Philpott concludes that “What’s going on in Baja seems more about generating a premium-priced product while systematically degrading a landscape. Want organic tomatoes in the cold months? Buy them in a can.”

The Mexican Mam (there are also Guatemalan Mam) first settled in Chiapas in the late nineteenth century, mainly in the deforested mountains of the eastern part of the state. They had virtually disappeared from view as a cultural group by 1970, having lost most of their traditional customs. Today, the 8,000 or so Mam, living close to the Guatemala border, have shown that it is possible for some indigenous groups to re-invent themselves, to secure a stronger foothold in the modern world.

Mexican policies from 1935-1950 towards Indian groups were focused on achieving acculturation, so that the groups would gradually assume a mestizo identity. It was widely held at the time that otherwise such isolated groups would inevitably be condemned to perpetual extreme poverty. To the Mam, this period is known as the “burning of the clothes”. Almost all of them lost their language, traditional dress, and methods of subsistence, and even their religion, in the process. Indeed, for a time, the term Mam never appeared in any government documents. 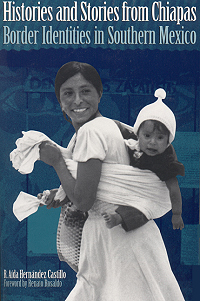 From 1950-1970, the Mexican government opted for a modernization approach, building roads (including the Pan-American highway) and attempting to upgrade agricultural techniques. The mainstay of the regional economy is coffee. During this period, most Mam were peasant farmers, subsisting on corn and potatoes, gaining a meager income by working, at least seasonally, on coffee plantations. Working conditions were deplorable, likened in one report to “concentration camps”. Plantation owners forced many into indebtedness. The Mam refer to this period as the time of the “purple disease”: onchocercosis, spread by the so-called coffee mosquito. Untreated, it leads to depigmentation, turning the skin purple, skin lesions and blindness. Reaching epidemic proportions, it devastated the Mam peasants who had no access to adequate medical services.

After 1970, the Mam gradually re-found themselves, as official policy was to foment a multicultural nation. Some, especially many who had become Jehovah’s Witnesses, migrated northwards forming several small colonies, promoted by the government, in the Lacandon tropical rainforest on the border with Guatemala. Others, spurred on by Catholic clergy influenced by liberation theology, began agro-ecological initiatives.

For instance, one 1900-member cooperative, ISMAM (Indigenous People of the Motozintla Sierra Madre), specialized in the production of organic coffee. ISMAM’s agro-ecological initiatives benefited from the advice of the community’s elders and rescued many former sound agricultural practices, such as planting corn and beans alongside the coffee bushes to avoid the degradation that can result from monoculture. It halted the application of agrochemicals, and studied methods of organic agriculture and land restoration. Its coffee, adroitly marketed, commands premium prices, double those of regular coffee sold on the New York market. The Mam have effectively taken advantage of modern technology, from phones to e-mail, to overcome their isolation, and compete on their own terms, developing export markets in many European nations, as well as the U.S. and Japan.

At the same time, the Mam have re-invented their cultural identity and helped revive the language and traditional forms of dance. They have also rewritten their past. The revisionist version is that they always had the utmost respect for nature and had always lived in harmony with the environment. In reality, as historical geographers have demonstrated, this was not always the case. Whatever the historical reality, the defense of the earth, nature and their culture is now central to the Mam.

The main source for this post is R. Aída Hernández Castillo’s Histories and Stories from Chiapas. Border Identities in Southern Mexico (University of Texas Press, 2001).

Link to original article on MexConnect