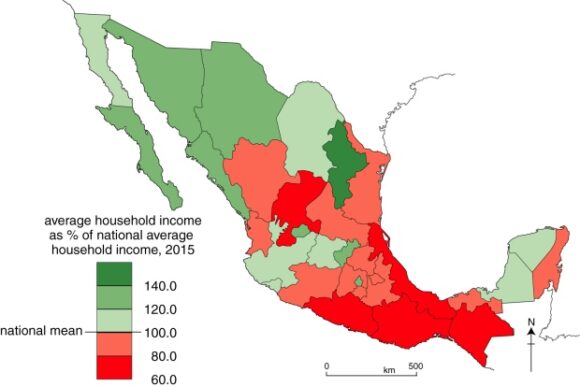 As we have regularly highlighted in the past, regional differences in Mexico are considerable, and a definite “north-south divide”can be identified for almost every socio-economic variable. Development efforts need to be focused on improving the key indicators for southern Mexico and reducing these regional disparities.

6 Responses to “The pattern of household incomes in Mexico, 2015”