This little 77-page gem only recently came to my attention, but is sufficiently interesting, for lots of different reasons, to make it well worth reading if you have the chance.

Written in straightforward, non-academic language, Stanislawski sets about unpacking the factors explaining the land use patterns for eleven towns in the western Mexico state of Michoacán. Stanislawski knows the land use patterns of these town, because he painstakingly compiled them, with the help of multiple informants in each town, in the 1940s. 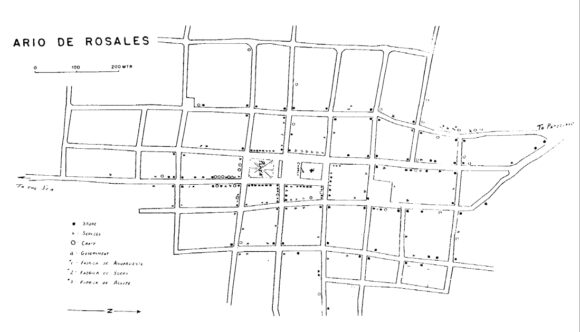 Stanislawski explains that his purpose was to find a method that would reliably identify the “personality differences” that he had intuitively recognized, during earlier fieldwork, for towns in Michoacán. He set out to map the four distinct categories of land use – stores, crafts, administrative offices and services – that he thought would likely reveal the “distributional aspects that might indicate differences between towns.” 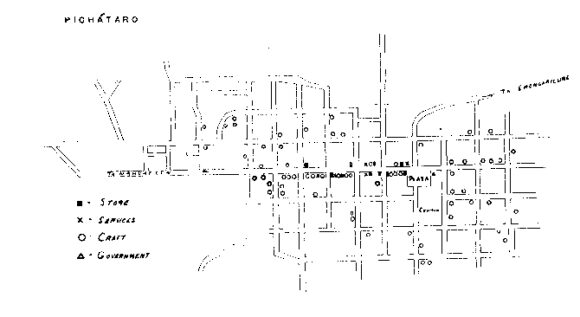 He assumed that each town would be influenced by its geographic area, and therefore chose eleven towns that he thought would be a systematic sample: one in the coastal lowlands, three in the low Balsas valley, two in the upper Balsas valley (close to the temperate slopes), four within the mountain ranges of the volcanic area of Michoacán, and one at an elevation of 2400 m (8000 ft).

The maps he produced revealed that “the geographical region could not explain the differences between the towns except in part.” At least as important, Stanislawski decided, was which of the two basic cultural groups – Hispanic or Indian – was predominant in the town. He proposed a threefold classification: Hispanic, Indian or dual-character.

On this basis, Aria de Rosales (upper map), with its imposing plaza the focus of most commercial activity, is an Hispanic town. On the other hand, Pichátaro (lower map), where the plaza is unimportant, is Indian. Of course, these differences, identified by Stanislawski in the 1940s, do not necessarily apply today. Since the 1940s, transport systems have changed, there have been waves of migration out of many Michoacán towns, and the range of economic activities in towns has increased significantly, with a trend away from primary activities and a sharp rise in tertiary 9service) activities.

In the 1980s (sadly ignorant at the time of Stanislawski’s work), I employed a small army of geography students to undertake a somewhat similar mapping exercise in various Michoacán settlements, ranging in size from the small village of Jungapeo to the mining town of Angangueo and the large city of Zitácuaro. For an example of this kind of work, see The distribution of retail activities in the city of Zitácuaro, Michoácan, Mexico. Sadly, those 1980s maps were later discarded during a clean-out of the department map cabinet by a well-intentioned, if ill-informed, successor.

Consultancy firm Interbrand México recently published its annual survey (2014) of the world’s 500 most valuable brands. The Mexican firms in the list are:

Compared to four years ago – Mexico’s most valuable brands (2010) -Banorte (finance and banking) and Claro (cell phone service) have dropped back, out of the top five, and have been replaced by Telmex and Oxxo 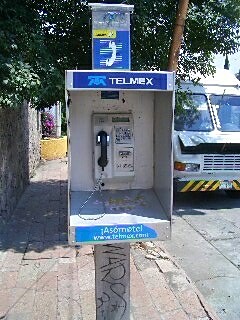 Note that these firms are not necessarily the largest firms in Mexico in terms of sales. Table 16.2 of chapter 19 of Geo-Mexico: the geography and dynamics of modern Mexico lists the ten largest Mexican private enterprises in 2008. Important aspects of several of these major firms are discussed in the chapters about manufacturing, construction and services, transportation, communications, etc. 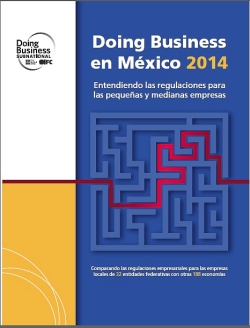 While the full report is in Spanish, an English language webpage offers easy access to the data for each individual city.

The rankings take into account the paperwork, time and costs associated with opening a new business, obtaining construction permits, registering industrial property rights and the resolution of commercial disputes.

Overall, the report concluded that the regulatory business environment in Mexico is converging towards the average performance of high income OECD economies.

The Mexican business press consistently describes Mexico’s movie-going industry as being divided between two major players: Cinépolis, the fourth largest cinema chain in the world, and Cinemex, now the world’s sixth largest cinema company. It should be noted that their world rankings lack independent verification.

Cinépolis (“City of Cinema”) has 2456 screens in Mexico, giving it a 48% share of the domestic market. The chain consists of 205 theaters in 65 cities in Mexico, and more than 230 movie theaters and 3,000 screens worldwide, with a presence in Mexico, Guatemala, El Salvador, Costa Rica, Panama, Colombia, Brazil, Peru, India and the USA. It is Latin America’s largest movie theater chain.

The company began in 1947 in Morelia, Michoacán, as “Cine Morelos”. Rebranded several times, the company began expansion by opening theaters in nearby Salamanca, Acámbaro and Guanajuato, before entering the Mexico City market in the early 1970s. The brandname Cinépolis was first used in the mid 1990s, spawning the up-market Cinépolis VIP brand (luxury cinema with reclinable seats and service), in 1999.

Cinépolis extended its operations outside Mexico, first to capital cities in several Central American countries, including Guatemala, El Salvador, Costa Rica and Panama, and is now expanding into South America.

Cinepolis has also entered the lucrative Indian market, with mid-term plans to operate 500 screens in that country.

Cinemex, after its recent acquisition of smaller competitor Cinemark, has a 42% share of the domestic market.

Cinemex has a total of 2,359 screens in 264 locations across Mexico, an astonishing increase from the 44 locations it had in 2007, and now serves 78 million moviegoers a year.

Cinemex started with a college business plan focused on the provision of larger movie theaters. The first Cinemex theaters were opened in Mexico City in 1995. Within a few years, the chain had added cineplexes in Guadalajara, Monterrey, Toluca, Cuernavaca and Puebla. In 2013, it opened Mexico’s X4D theater, in Santa Fe, Mexico City.

Carlos Slim Helú , director of Grupo Carso, continues to head the list of the 10 richest Mexicans, despite his fortune declining in 2013 due to the falling value of his holdings in Frisco mining company and América Móvil. Slim Helú was overtaken as the world’s richest person in 2013 by Bill Gates.

According to Forbes magazine, between them, these ten Mexicans have a fortune of 132.9 billion dollars, equivalent to 11% of Mexico’s GDP.

BCG has identified 100 companies for this list in 2006, 2008, 2009, 2011 and 2013. They focus on companies in developing Asia (excluding Japan, South Korea, Taiwan, Hong Kong and Singapore), Eastern Europe, the Commonwealth of Independent States, the Middle East, Latin America, and Africa. Companies considered for the list must have annual revenues of at least $1 billion, overseas revenues at least 10% of total revenues or $500 million, and be focused on building a truly global footprint.

The biggest emerging economies have dominated. In 2006 the list included 44 Chinese companies, 21 Indian companies and 12 from Brazil. Russia was next with seven followed by Mexico with six. The dominance of the big three declined from 77 in 2006 to 63 in 2013. One reason for this is that some of the countries on the list “graduated” from the challengers list to become full global competitors.

The seven Mexican companies in the group are Alfa, American Movil, FEMSA, Gruma, Grupo Bimbo, Mabe, and Mexichem. One Mexican company, Cemex, has “graduated” from the “challengers” list. It is the world’s largest building materials supplier and 3rd largest cement maker. Cemex now operates in 50 countries on six continents and is the leading cement seller in the USA. Revenues in 2012 were $15 billion.

ALFA is the world’s leading manufacturer of high-tech aluminum engine heads and blocks through its subsidiary Nemak. Its other major subsidiaries are Alpek (petrochemicals), Sigma Alimntos (foods) and Alestra (electronics and telecommunications). Revenues in 2012 were $15 billion.

América Móvil. operates Telmex and Telcel, the world’s fourth largest cell phone operator with 160,000 employees and over 250 million subscribers mostly in Latin America and the USA. Its revenues in 2012 were $59 billion. It is a candidate to graduate from this “challengers” group in the near future.

Gruma is the world’s largest producer of corn flour and tortillas. It has subsidiaries in the USA, China, UK, and Latin America. Revenues in 2012 were $5 billion.

FEMSA, based in Monterrey, is the world’s largest bottler of Coca-Cola. FEMSA also operates OXXO, the largest convenience store chain in Latin America. Revenues in 2012 were $18 billion.

Grupo Bimbo is the world’s largest bread maker and the biggest bread seller in the USA. Among its 100 brands are Arnold’s, Entenmann’s, Thomas’s English Muffins, and Sara Lee fresh baked products. Bimbo is the world’s 4th largest food company behind only Nestle, Kraft, and Unilever. Revenues in 2012 were $13 billion.

Mabe. is a leader in the production of large household appliances such as stoves, refrigerators, washers, dryers, etc. These are sold in 70 countries under the General Electric and Mabe brand names. It controls 70% of the market in Latin America. Revenues in 2012 were $4 billion.

Mexichem is a chemical company that operates throughout the Americas as well as in Europe and Asia. It exports to more than 50 countries, has over 10,000 employees, and earns over $4 billion annually.

Fortunately for us, these questions have been comprehensively investigated by Transparency International (TI), a global civil society organization dedicated to reducing corruption. TI defines corruption as “abuse of entrusted power for private gain”.

Its recent study, “Corruption Perceptions Index 2011” focuses on “perceptions” because corruption is a hidden activity that is difficult to measure. The Corruption Perceptions Index (CPI) draws on a wide array of surveys and polls of international experts, business opinion surveys and country residents. It is based on 17 data sources from 13 different institutions. The focus is on bribery, kickbacks and embezzlement involving politicians, public officials and civil servants. Anti-corruption efforts are also considered.

Given the difficulties associated with measuring and interpreting corruption, the CPI has received considerable criticism. (For example, see this Wikipedia entry on  Corruption Perceptions Index). Despite this criticism, the CPI provides a viable approach to comparing corruption in various countries.

According to this index, perceived corruption in Mexico has become considerably worse in the past few years. In terms of freedom from corruption, Mexico’s 2011 score of 3.0 ranks it below the middle, in rank #100 out of 182 countries, tied with 11 other countries including Argentina and Indonesia. It is interesting to note that some individual Asian, African, European and Latin American countries are considerably ahead of Mexico (see table), but others are considerably behind.

Within Latin America, Mexico is far better than Venezuela, Haiti and Paraguay. However, it is way behind Chile, Uruguay, Costa Rica and Brazil. As a regional leader, Mexico should do much better in terms of corruption.

Back in 2008, Mexico’s score of 3.6 placed it significantly above the middle. It was then ahead of Brazil, India, China, Saudi Arabia and Turkey; now it trails these five countries. Why Mexico’s score has dropped significantly since 2008 is not exactly clear, but is probably related to the escalation of the drug wars.

Mexico has signed several multilateral anti-corruption agreements, and recently passed a stiff anti-corruption law. However, legal instruments alone will not reduce corruption in Mexico, according to Emilio Godoy in his article “Tangled Web of Corruption Debilitates Mexico” (IPS, 10 May 2012). What is needed is aggressive government action as well as dramatic cultural changes among public and private sector officials. This will not be easy, given the existing long-established systems based on patronage, nepotism, cronyism and organized crime.

If Mexico is going to continue attracting foreign investment and experience economic and social growth in the years ahead, it will have to do much better with respect to its level of corruption.